Cryptocurrency invented long before Bitcoin may seem a little far-fetched some might think. In a recently published article about cryptocurrency, a story tells of the Templar’s inventing cryptocurrency almost a thousand years ago.

Throughout recent history, there has been many books, movies and television shows about the Knights Templar. The Knights Templar dissolved more than 700 years ago. However, they continue to cast a spell over the world. Dan Brown’s mega-bestseller The Da Vinci Code reportedly had been partly inspired by one of the most famous Templar legends. The legend has it that the Templars were the guardians of the Holy Grail. On TV, Knightfall, a historical fiction drama television series, recounts the fall, persecution, and burning at the stake of the Knights. Now comes the insights of Cryptocurrency Invented Long Before Bitcoin.

Cryptocurrency and the Knights Templar

“It is a common misconception that Bitcoin was the first cryptocurrency in existence. To prove this untrue, all you need to do is look back 20 years to 1997. Hashcash was a concept invented by Adam Back as a way to combat DDoS and spam email, using the same proof of work scheme as Bitcoin. Although Hashcash wasn’t exactly money, it incentivized users by trading some computing power for increased security; functioning the same way as a modern cryptocurrency. There have been countless other attempts at decentralized digital currencies between Hashcash and Bitcoin, some of which were cryptocurrencies, some of which were not. I’m sure by the end of this article you will understand why not all cryptocurrencies have to be digital, and why not all digital currencies are cryptocurrencies.

What if I told you that cryptocurrency has a provable existence that can be traced back almost an entire millennium?

The Knights Templar was founded by a band of 9 soldiers in 1119 AD, sanctioned by the Catholic Church to drive invaders out of the holy land. In 1129 the Knights Templar began one of the most successful fundraisings and recruiting campaigns in history, reaching out to wealthy families across Europe. Thanks to donations of land and treasure, as well as scores of eager recruits, the Templar were some of the best outfitted among Western forces.

Since Templar soldiers couldn’t bring land and possessions with them when going on crusades, they would leave their deeds, coins, jewelry and other valuables at a communal storehouse. This storehouse operated much like a modern bank, taking security measures to protect their soldiers’ wealth and offering early forms of various financial products. But unlike far too many modern banks, the Templars realized the awesome power of the cipher and distributed ledgers.

In exchange for deposited wealth, soldiers would receive a note written in cipher, which could then be exchanged for their deposit, or the bill at a later date. They could also withdraw a portion of the deposit, and their note would be rewritten or modified with a different cipher. Since land isn’t easily transportable and carrying coins or jewelry poses a theft risk, carrying notes seemed to be the ideal solution. Even if one of their notes is stolen, it does little for the thief, who would not have the key to “decrypt” that cipher.

The Templars effectively became a bank, under nobody’s authority but the Pope himself. They were the first banking group in the West, offering modern day equivalents to credit cards, checking services, loans, and safety deposit boxes. Since usury was forbidden by the Catholic Church, they instead charged rent or a form of storage fees.

The secrecy of the Knights Templar, which helped keep their cipher codes protected for centuries after their disappearance, also contributed to their downfall. After suffering multiple humiliating defeats in the Middle East, support for the Templar plummeted. One of the people who owed the Templars large sums of money happened to be King Phillip the 6th of France. In 1307, Phillip ordered the arrest of Templar leaders, confiscated their wealth, and tortured them until they confessed to ridiculous crimes. The Templar’s lack of public transparency made these crimes highly believable in the eyes of the King’s subjects. He seized their land, but much of the money in their treasury had vanished, and so had their entire fleet of ships. To this day, nobody knows exactly where the Templar treasure vanished to, although there are plenty of theories.

The missing Knights Templar wealth is reportedly worth many billions in today’s dollars. Maybe the Templar is Satoshi, and they’re responsible for the massive resurgence of cryptocurrency in the digital age… However, I wouldn’t tell this to your friends and family; they may hand you a tinfoil hat.” 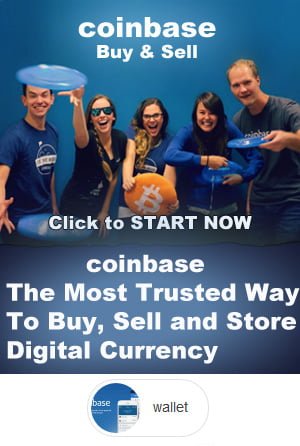